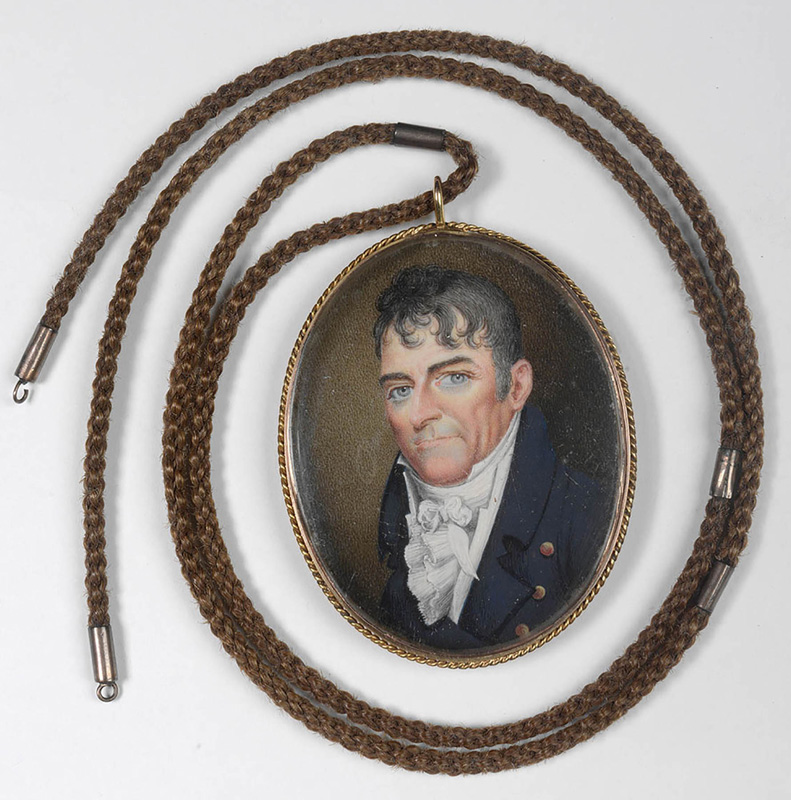 This left facing 3/4 profile portrait miniature shows Eber Bunker at about 57 years of age. He is elegantly portrayed in a dark blue, double-breasted woollen jacket with double-notched lapels and brass buttons, worn over a white waistcoat and linen shirt, with a stand collar and finely pleated, ruffled front, a white stock wrapped around the throat, tied in a small bow at the neck. Bunker is clean shaven; his dark grey hair has been left in long curls on top, cropped close around the sides, and brushed forward at the front, with a curled fringe arranged across his brow.

Captain Eber Bunker (1760-1836) was a master mariner and landholder who has been called the ‘father of Australian whaling’. Commander of the William and Ann, one of three whaling ships chartered for use as convict transports for the third fleet in 1791, on arrival in the colony Bunker took his ship, and another vessel of the Third Fleet, Britannia, on the first whaling expedition in Australian waters, returning to Port Jackson with a whale each which they then boiled and processed on shore. Bunker made several return whaling expeditions to New South Wales before bringing his family to the colony in August 1806, and set up home at a place known as Bunker’s Hill in the Rocks overlooking the Harbour. Following the death of his first wife Margrett in March 1808, Bunker married Margaret Macfarlane. After the death of his second wife while he was away at sea. Bunker was married a third time, on 28 April 1823, to Ann, widow of William Minchin. By this time Bunker had become a landholder at ‘Bulanaming’, Bankstown and the Hunter Valley. He made a final whaling voyage in the Alfred to the Santa Cruz Islands in 1824-25, and died at ‘Collingwood’, near Liverpool, on 27 September 1836, aged 74. 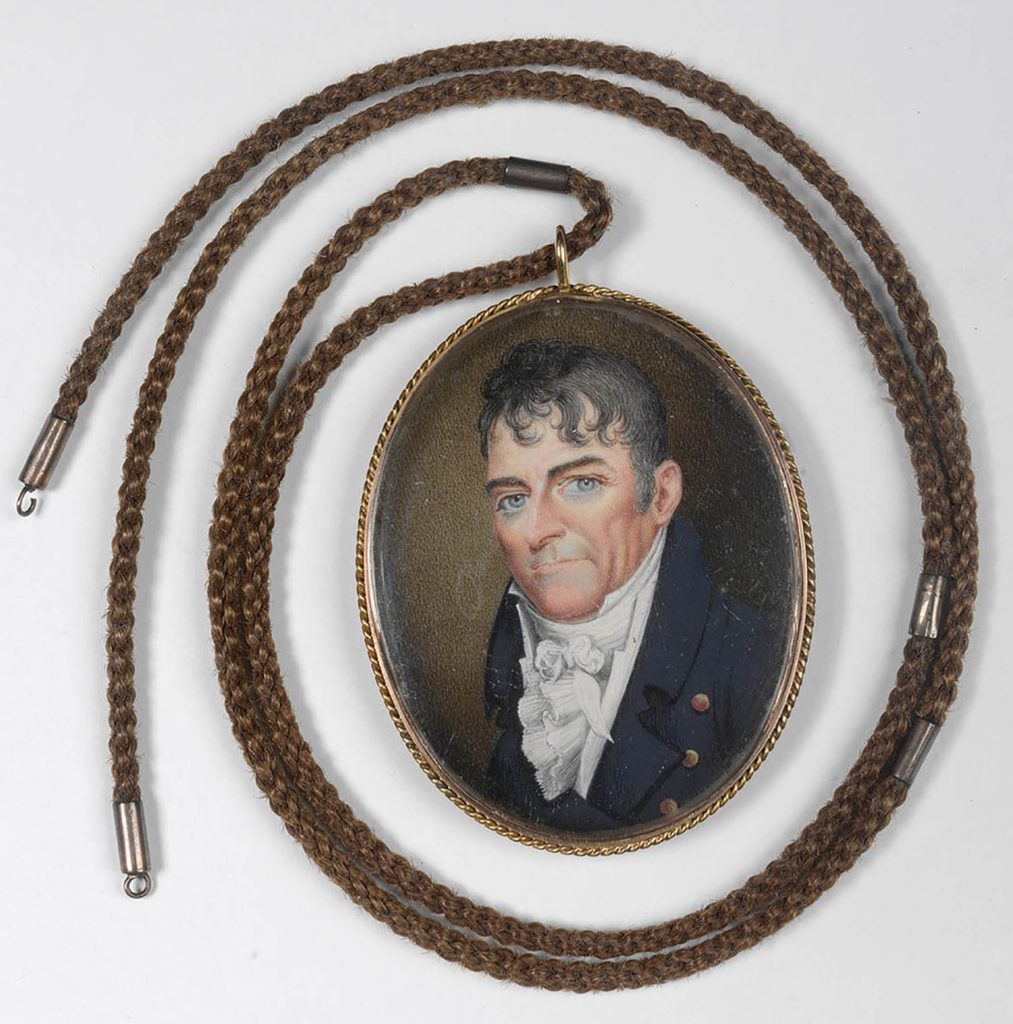