This right facing, ¾ profile, ½ length miniature portrait shows Isabella Laycock (1787-1817) at 24 years of age, dressed in the close-fitting, vertical or columnar ‘Neo-Classical’ style of the early nineteenth century. This style sought to emulate the sophisticated figure-revealing, classical silhouette of the Roman Empire; white was the preferred colour during this era, with fine white muslin the favoured fabric

Isabella wears a simple evening dress of very fine white muslin, the sheerness of which can be seen through the short, puffed sleeves revealing the slim shapeliness of her upper arms. The wide, low square neckline shows off her youthful shoulders and is a trimmed with bands of white work embroidery and fine lace above the finely tucked, or shirred, bodice which has a very high waistline, marked just below the bust with a softly gathered sash or ribbon tied in a small bow at centre front above a tubular skirt. She wears no jewellery and her long, naturally curly brown hair has been simply arranged with a centre parting, a high bun at the back and side curls framing her face.

Isabella Laycock was the daughter of the whaler Eber Bunker (1760-1836), who brought his wife and family of five children to the colony in August 1806, setting up home at a place known as Bunker’s Hill in the Rocks overlooking the Harbour. Following the death of Isabella’s mother in March 1808, Eber Bunker married Margaret Macfarlane. After Governor Macquarie’s arrival in Sydney in late 1809, the newly married Laycocks departed for England, sailing aboard HMS Dromedary on 18 March 1810. In England, on 27 September 1811, Laycock was promoted to the rank of captain in the 98th Regiment a foot. After serving in the American war of 1812, Laycock sold his commission and sailed for Sydney with his wife & two children aboard the Fame. Leaving on 8 March 1817, Isabella took ill during the journey and died suddenly at sea on 12 May 1817. Left with two young children to look raise, Laycock quickly married Margaret (née Connell), on 8 July 1817, with whom he had a further two children. 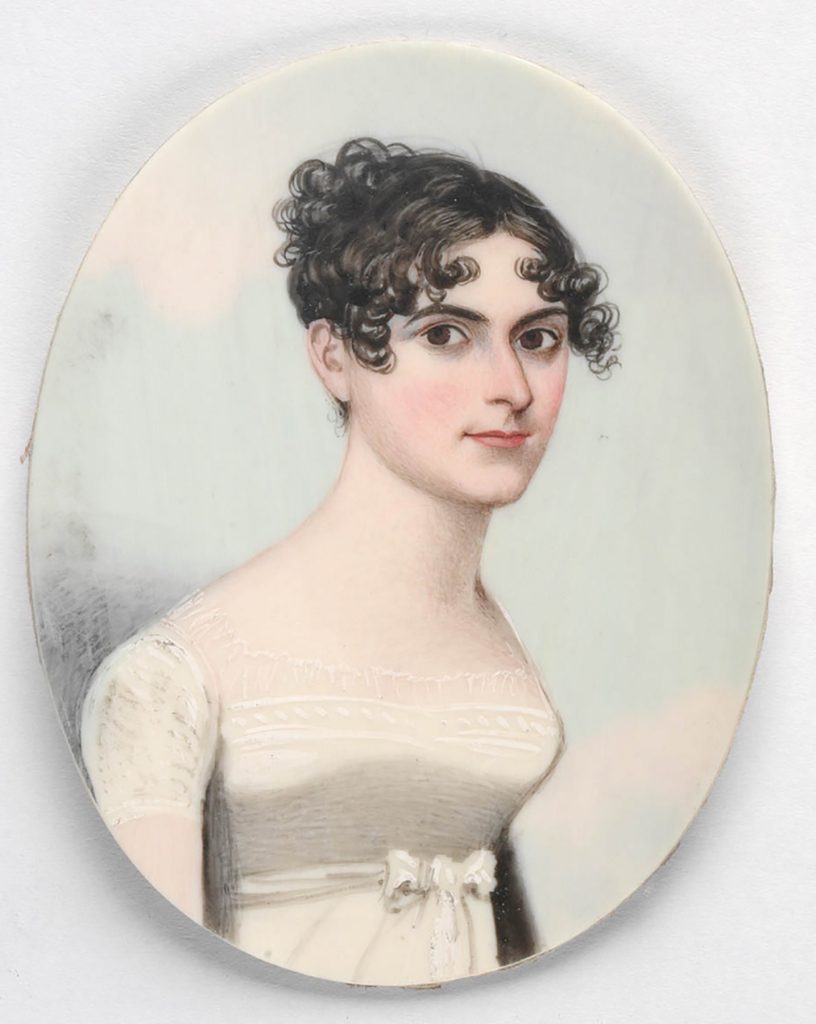