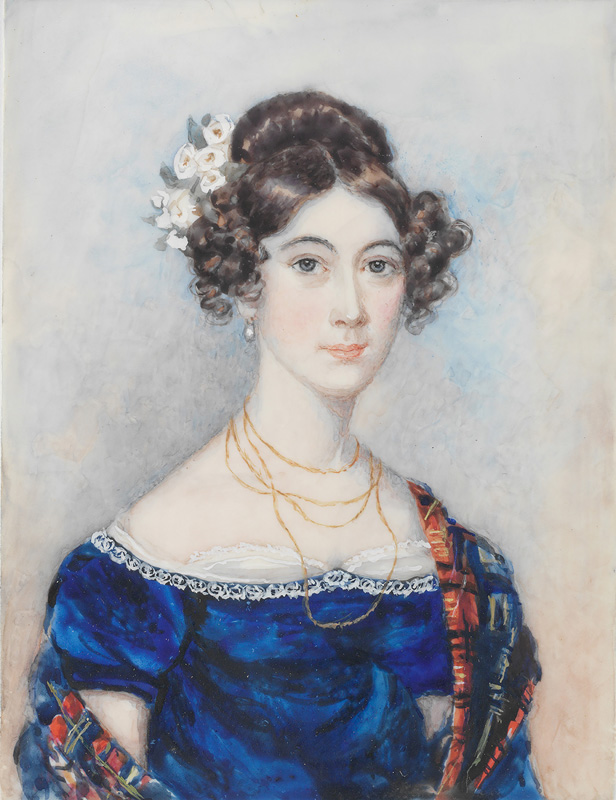 Celia is portrayed in evening dress and wears a very high-waisted, royal-blue gown [possibly of silk velvet] with short, puffed sleeves and a wide, low neckline with fine white lace edging, revealing a sheer white muslin ‘tucker’ which has been carefully arranged in scalloped folds to show off her youthful décolletage. Her light brown hair is centre parted and brought up into a high roll at the back, with a corsage of roses on the right, and bunches of ringlets arranged over each ear. She wears pendant pearl earrings, a long fine gold chain looped loosely several times around her neck, and carries a brightly-coloured tartan stole, possibly also of silk velvet.

At the residence of her mother in George-street Sydney, after an indisposition of some few months, Mrs WILLS, in her 21st year. This amiable young lady was the eldest daughter of Mrs Reibey. In June 1822, she was united to Mr Thomas Wills, to whom she bequeathed a pledge of tenderest affection – a sweet little girl. Shortly prior to her confinement, about four months since, Mrs Wills caught a violent cold, which fastened on the lungs, and originated a rapid consumption. We have not much occasion to say, that the deceased is deservedly lamented; the many mental adornments, and attractive virtues, with which she was gifted, will long retain cherished in the bosom of her numerous relatives, and host of surviving friends. To delineate the grief of the astonished widower, and young father, is a task to which our pen is quite incompetent. ‘HER SUN IS GONE DOWN WHILE IT WAS YET DAY’ 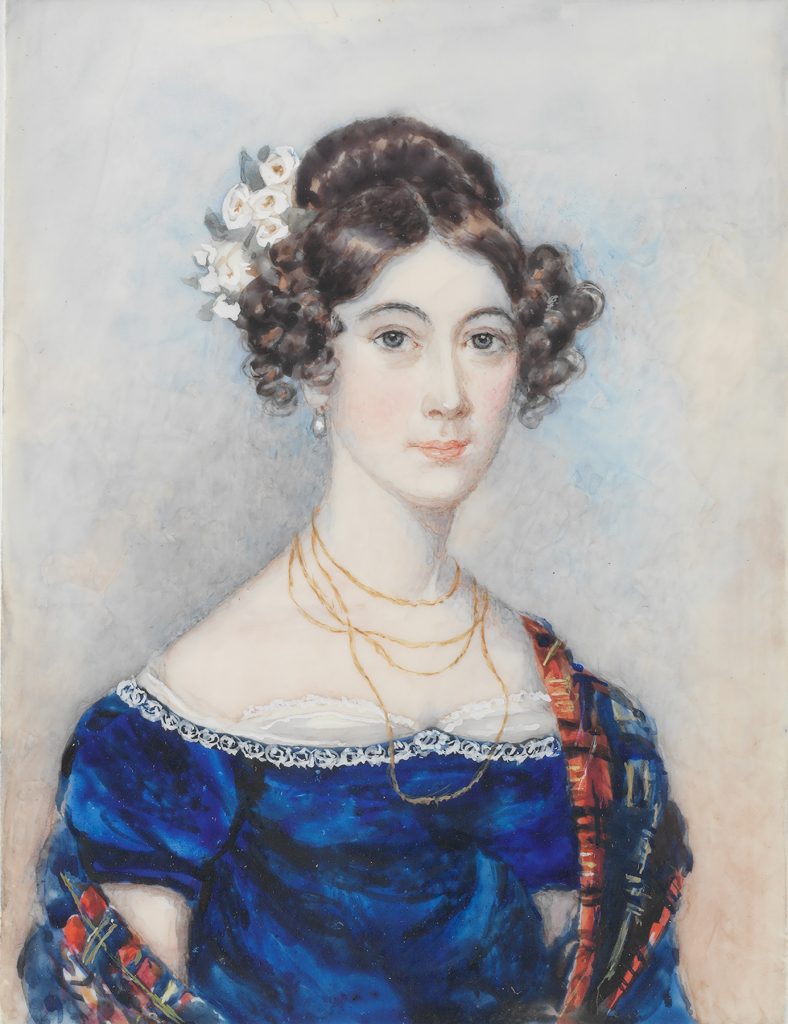