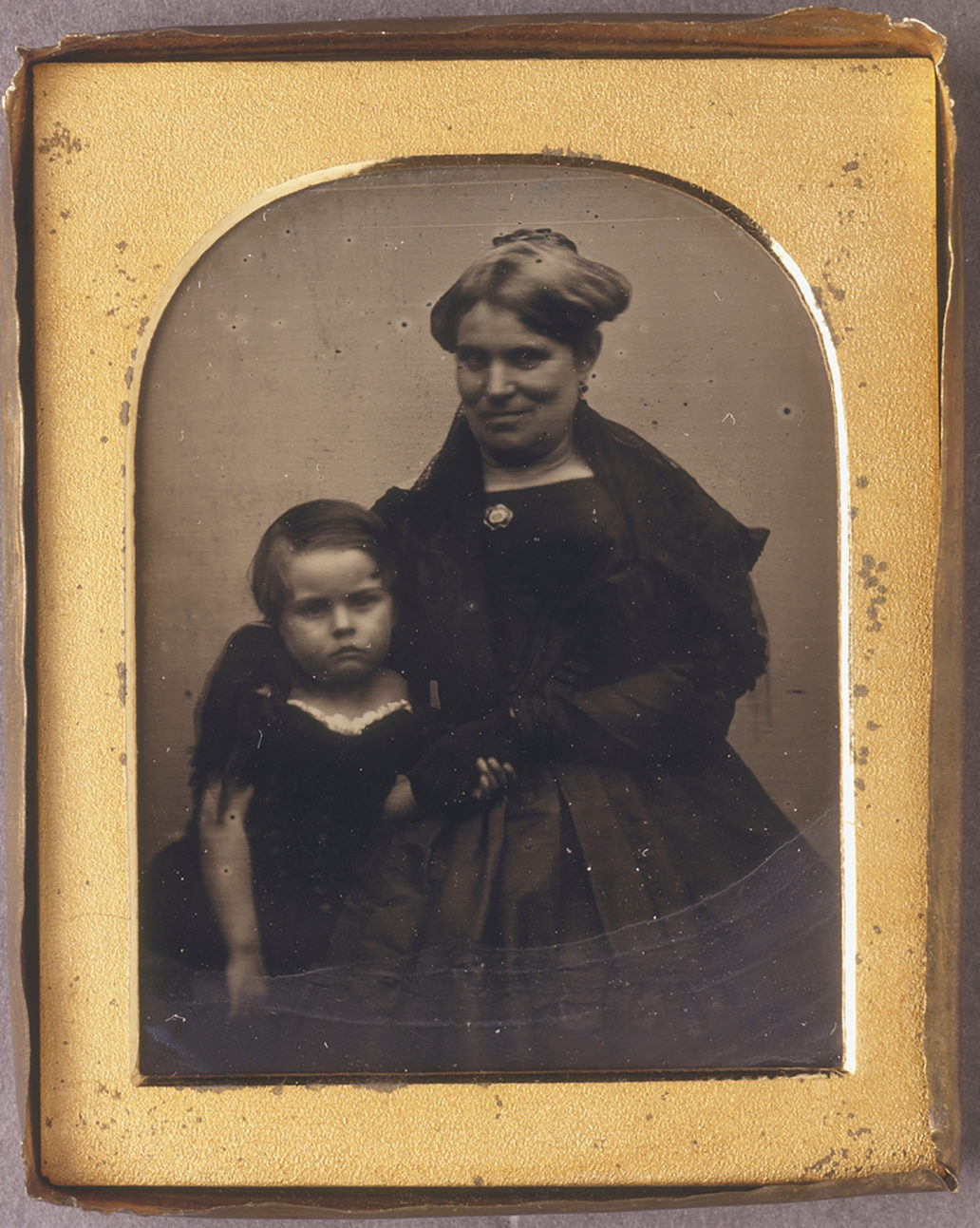 This ¾ length daguerreotype portrait shows Caroline Lawson, aged 43, smiling somewhat uncertainly into the camera as she stands with her right arm wrapped around the shoulders of her youngest son, Thomas James, aged 3½, holding him close by her side to minimise movement and subsequent blurring of the image during its lengthy exposure.

Mrs Lawson wears a dark-coloured [woollen] dress with a moderately high, shallow neckline cut wide across the shoulders, draped in a black lace shawl above long narrow-fitting sleeves trimmed below the elbow with small, bell-shaped oversleeves and worn with wrist-length black gloves. The tightly-fitted bodice is pinned with a gold and black enamel mourning brooch, probably housing a sample of woven hair, above a central braid-trimmed ‘plastron’ (v-shaped) panel with a ruffled flounce extending over the shoulders, and a full skirt pleated into a pointed waistline. Caroline wears her long, greying blonde hair centre-parted, arranged in a pair of lobed rolls set high over her ears, fitted with black-enamelled earrings, the remainder of her hair pinned up in a plaited and coiled bun on the crown of her head.

Thomas wears a full-skirted, short-sleeved, dark-coloured dress. Typical attire for children of both sexes during toilet training years, before boys were breeched at the age of 5-6 years, it is cut wide across the shoulders, leaving his white undergarment visible at the neckline. His short blonde hair has been brushed into a side parting, a useful indicator of his gender, in this era when all girls wore their hair with a centre parting.

The Lawson’s had recently borne the loss of two infant children – a 16-month-old daughter Frances, known as ‘Fanny’ (April 1843- Aug 1844), and Charles Samuel (1844-Dec 1844) – which may explain the dark, sombre appearance of this portrait commissioned by grieving parents anxious for an image with their youngest surviving child.

In April and May of 1845, at the request of 100 subscribers, photographer George Goodman had travelled to Bathurst, NSW, where he spent three weeks at the Victoria Hotel taking daguerreotypes.

On the way back to Sydney, in May 1845, Goodman took a series of photographs of the William Lawson family, probably made at their property ‘Veteran Hall’ in Prospect, NSW, producing a suite of exquisite daguerreotype portraits, six of which survive in the Mitchell Library.

Advertisement, ‘Photographic Portraits, Taken by the Reflection of Light’, The Australian, 9 December 1842:

The Proprietor of the Reflecting Apparatus by which faithful likenesses of the human countenance and person are won from the hands of nature in the short space of a few seconds respectfully announces to the inhabitants of Sydney that this extraordinary process will be open to the public at the Royal Hotel in which the Photographic apparatus will be in daily operation from ten till five. The price of each portrait is ONE Guinea exclusive of the frame. (p.1) 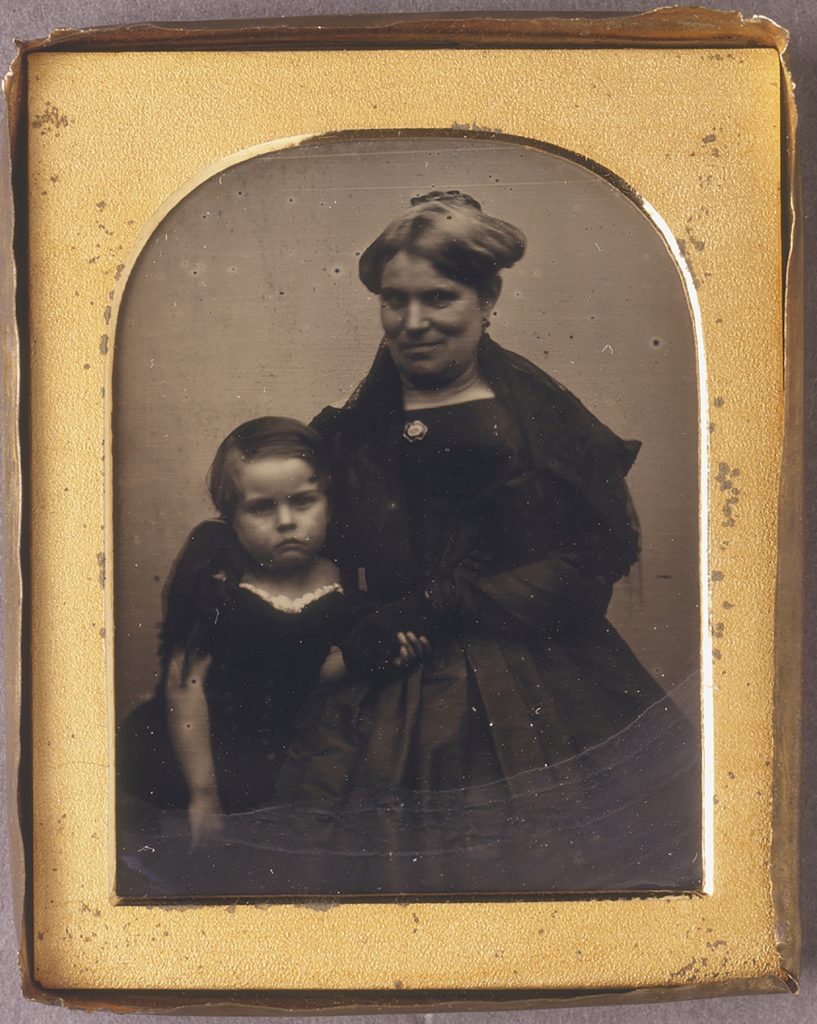