This large, full-length hand-coloured ambrotype studio portrait is believed to depict three members of the Middleton family, dressed in fashionable ‘at home’ attire and posed with studio props to replicate a domestic setting. It shows one woman (left) standing next to a posing table covered in a patterned cloth, and another woman seated (centre) with a book in her lap, who is probably the wife of the man standing to her left with his arm reaching behind her, his other hand resting on the top rail of a chair set on a [patterned] carpet against a plain backdrop.
Both women appear to wear fashionable summer day dresses of similar [silk] fabric – but this may be an enhancement of the hand-colouring – with the wide, mid-arm length, bell-shaped ‘pagoda’ sleeves customary from the 1850s into the early 1860s, generally worn over white undersleeves, either closed or open at the wrist.

The sleeves of the woman on the left are fitted with tight, pointed caps around the upper arms, a style particularly fashionable in the late fifties, and trimmed with rows of black ‘soutache’ braid. Her loosely-pleated, high-necked jacket bodice is cut in the elegant style known as a ‘basquine-body’ which extends over the hips, the waistline marked by a [ribbon] belt with floating ends above a plain, pleated or gathered full skirt. She wears a deep [crocheted] white lace collar, fastened with an oval brooch, and a long black [jet/ribbon] suspending… her smoothly centre-parted hair is arranged with side ringlets and ribbon bows which may indicate her youth. Earrings??

The seated woman wears a much plainer style of gown, the high-necked bodice with elbow length sleeves, worn with full white undersleeves gathered into a band at the wrist, above a pleated corsage, tightly fitted through the torso and deeply pointed at the waist, over a plain, pleated or gathered full skirt. Her accessories comprise a white lace collar, fastened with a [small] brooch, gold earrings and a long gold watch guard. Her centre-parted hair is arranged in the fashionable ‘bandeau’ style with smooth front sections wrapped over her ears and pinned behind. The full skirts of both female subjects would usually be supported by cage-crinolines worn with several petticoats to conceal the wires which may, in this instance, have been removed to accommodate the tight grouping of the portrait.

The male figure in this group wears an array of unmatched [wool] suitings typical of the period, comprising a single-breasted dark jacket with wide notched lapels worn with dark trousers and a light-coloured, single-breasted, shawl-collared waistcoat draped with a gold watch guard chain and fastened over a white shirt with a peaked, stand collar and black neck cloth tied in a flat bow. He wears his curly hair with a side parting and brushed back from his forehead above clean-shaven cheeks with a fringe of bead around the chin.

This new, looser style of jacket was known as the ‘sack’ and became available from the mid-1850s, identified by a more generous cut through the body and broader sleeves attached to a higher ‘armscye’ allowing greater comfort and movement.

Sergeant John Middleton (1825-1894), baker, soldier and policeman, came to Australia in 1852. In 1861 he was wounded in the process of arresting the bushranger, Frank Gardiner, who subsequently escaped.

John Middleton (1825-1894) was born in Foulsham, Norfolk, England. Having worked as a baker, he enlisted in the 5th Regiment in 1843. He served in Ireland and later in Mauritius, where in 1848 at Port Louis he married Ellen (1827-1904), née Hartley of Lancashire. They sailed with two children in the Alecto as steerage passengers and arrived at Melbourne on 13 October 1852. Middleton later joined the Victorian Police Force.

In November 1854, at Diamond Swamp, NSW, Middleton became a trooper with the Western Road Patrol, promoted to sergeant in 1855. Serving at Blackheath from 1857 and at Hartley from 1860, he was keen and ambitious, recording his daily movements and those of other officers in his diaries (MLMSS 1876). The outbreak of gold-mining on the famous Turon fields resulted in turbulent times and conflicts with bushrangers who infested the country. In 1861 Middleton was sent to Tuena, NSW, close to the hide-outs of ‘highway-men’ in the Abercrombie Ranges.

In May-June 1861 with Constable Hosie he looked for Bathurst-born bushranger, Johnny Peisley (1835-1862), considered by many to be the first true Wild Colonial Boy. On 15 July the troopers rode to Bigga and next day went to William Fogg’s sly-grog shop where they surprised Frank Gardiner who shot Middleton three times, in the hand, mouth and hip. Middleton managed to arrest Gardiner and left for Bigga to get help and reinforcements. In the meantime Hosie allegedly took a bride and allowed him to escape. In 1864 Middleton was a main witness for the Crown in the trials of Gardiner but contradicted himself in evidence. In 1875 he was awarded a silver medal by the government for gallant and faithful services in capturing bushrangers.

Middleton made his home in Orange in 1865, where he became an alderman and mayor in 1891, and died aged 68, on 6 November 1894. He was survived by his wife, and a family of five sons and four daughters. 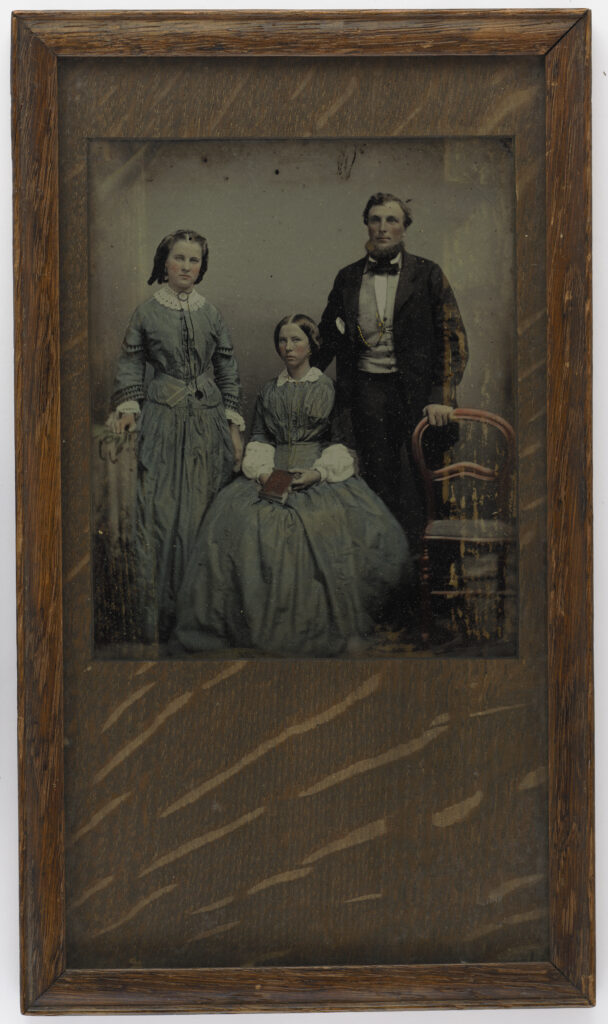